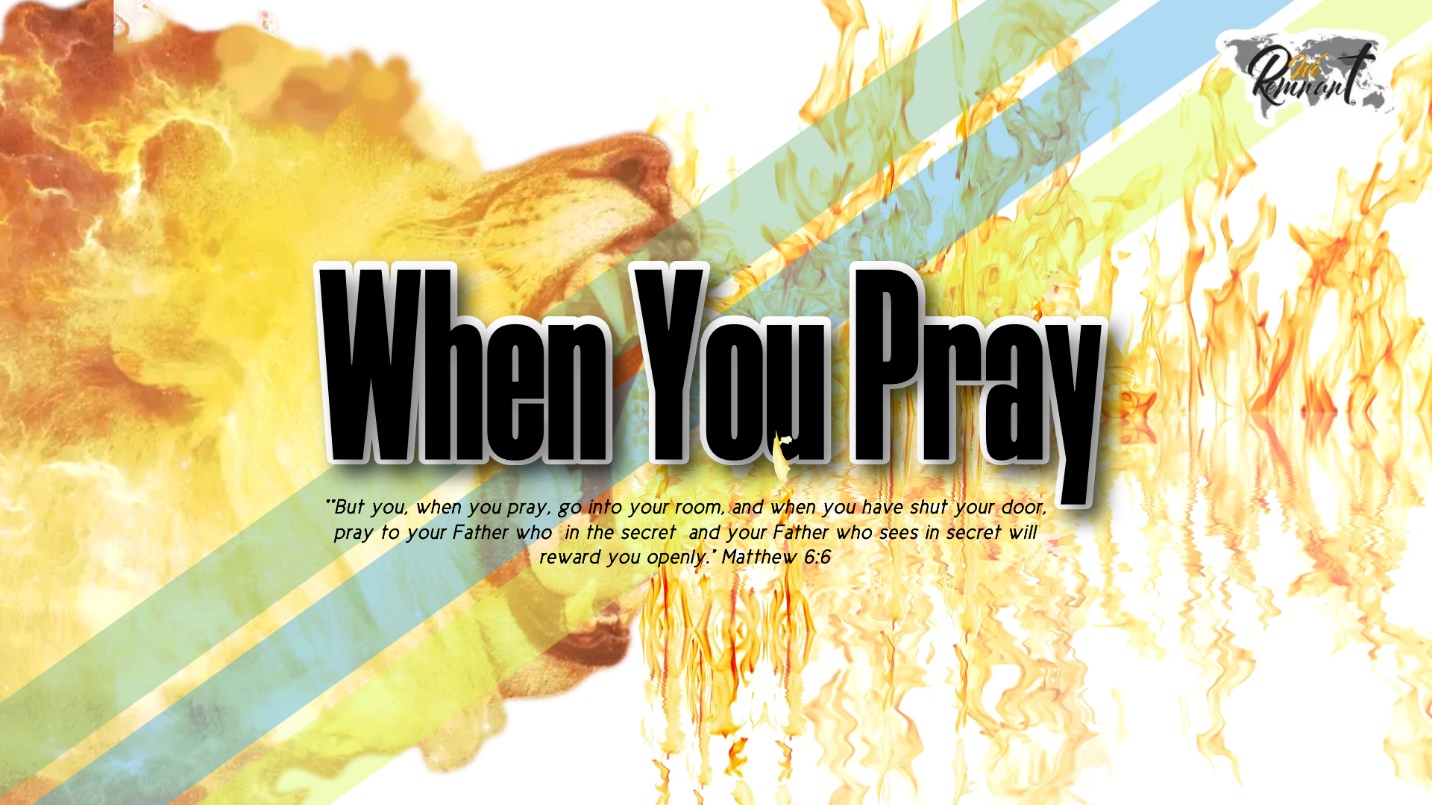 What a time in the Presence of the LORD!

On Friday, October 21, 2022, Pastors Maurice and Stacey Bryson hosted “When You Pray” at Nehemiah House in Baltimore, MD. Leading up to the beginning of the service, we fasted and prayed, salted and anointed the land, and blew the shofar. The focus of the evening was on the children and youth. Wow! We knew that we had an appointment with the LORD this evening.

The HOLY SPIRIT ministered mightily through praise and worship, and through timely words given through Dr. Lonnie Blount and Prophet Temi Blount, as we gained keen insight into what happens in the spiritual realm when we pray in the physical realm.

Here are just a few of the testimonies of transformation that happened throughout the evening:

Even after the close of the service, the HOLY SPIRIT continued to minister as prayer and intercession, prophetic words and healing were granted to those who continued to tarry in HIS Presence.

Many thanks to Pastors Maurice and Stacey Bryson for opening the doors of Nehemiah House to the Presence of the LORD!

Click here to connect with us and stay updated with upcoming events, weekly devotionals, and more! 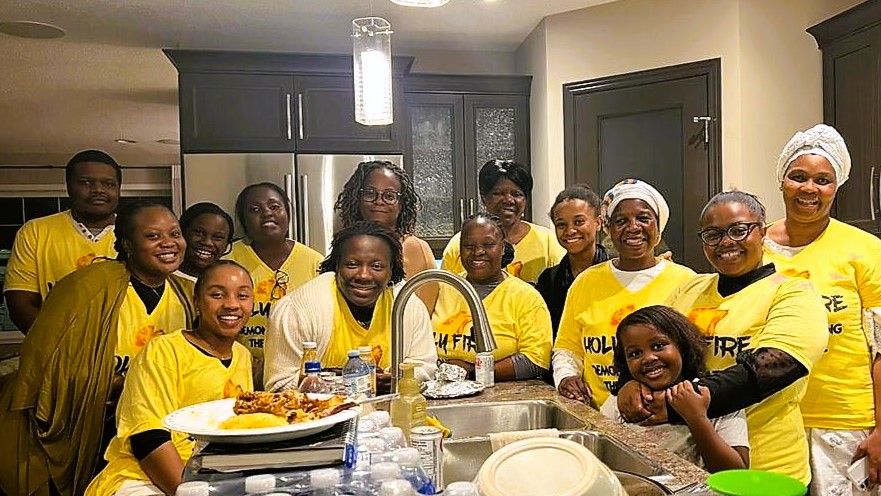 HOLY FIRE: Intimate Fellowship with HOLY SPIRIT and Each Other

Winnipeg, Canada was incredible! The LORD JESUS showed HIMSELF powerful! Here are a few testimonies:

• The LORD JESUS CHRIST taught HIS children about taking territory and what to do for the land to respond favorably to us.

• The LORD JESUS CHRIST spoke through HIS children to HIS children, exposing the enemy's plans, giving strategies for victory, and comfort to the brokenhearted.

• The LORD JESUS CHRIST healed the sick, both physically and spiritually.

• The LORD JESUS CHRIST used our team to cast out evil spirits.

The HOLY SPIRIT demonstrated HIS Love plus the Love of the FATHER and SON to all of us.

HE taught us of HIS Jealousy over us – how much HE loves us, what HE suffered to give us, and how that should change and transform us. HE broke down demonic mindsets of self-hate and inferiority by HIS WORD being planted into us.

Thank YOU, HOLY SPIRIT, for using Seer Foyeke Daramola to deliver a description of YOUR Love Language. The intensity of YOUR love for us was captured in YOUR suffering for us.

“O God, You are my God; Early will I seek You; My soul thirsts for You; My flesh longs for You In a dry and thirsty land Where there is no water.”

“Or do you think that the Scripture says in vain, ‘The Spirit who dwells in us yearns jealously’?”

HE then chose to demonstrate HIMSELF after we have been reasonable to demonstrate our love for HIM in worship. We worshiped with songs and melodies from the HOLY SPIRIT. We prayed with lovely groaning and made the atmosphere of our meeting room conducive for the KING of kings to speak.

We felt HIS entry because everyone fell silent about the same time. Then HIS accurate prophetic words flowed; evil spirits were cast out; and one of our sisters present received the baptism of the HOLY SPIRIT with evidence of speaking in tongues.

In our little Saturday morning gathering, the FATHER honored us with HIS Presence.

The LORD continued in HIS miraculous ways by teaching again through Prophet Temi Blount on the warfare portion of HIS Jealousy.

After this teaching, HE chose to yet again demonstrate HIS Power by healing the physically sick and breaking generational curses.

HE had us, as a Body, prophesy like Ezekiel against the spirits in the rivers of Winnipeg and claim the land back to the ONE who died to redeem it.

“In the tenth year, in the tenth month, on the twelfth day of the month, the word of the Lord came to me, saying, 2 “Son of man, set your face against Pharaoh king of Egypt, and prophesy against him, and against all Egypt. 3 Speak, and say, ‘Thus says the Lord God: ‘Behold, I am against you, O Pharaoh king of Egypt, O great monster who lies in the midst of his rivers, Who has said, “My River is my own; I have made it for myself.”’”

“For it pleased the Father that in Him all the fullness should dwell, 20 and by Him to reconcile all things to Himself, by Him, whether things on earth or things in heaven, having made peace through the blood of His cross.”

We also claimed the culture back for the LORD JESUS CHRIST. After the preaching, again HE spoke to HIS children with accurate prophetic words that led to healing and deliverance! Hallelujah!

During Sunday morning service, Dr. Lonnie Blount brought the WORD of the LORD regarding the purpose of the Ekklesia (Church).

By showing us in Scripture, the HOLY SPIRIT used Dr. Lonnie to define the purpose of the Church: To take territory. Hallelujah!

From there the LORD anointed the priest, and the sons and daughters of Levi in the Winnipeg. The Levites were anointed to carry the Presence of GOD into Winnipeg and move in HIS Power and Authority, Hallelujah!

The Power of GOD flowed so strong that curses were broken off even children! We saw the clear shift in their behavior, and we are confident more testimonies will come.

After all was said and done, pastors Allan and Chipo and their Winnipeg, Manitoba, Canada, family welcomed our team with open arms. They fed us too! Hallelujah!

Oh, so many demons cast out! So many people released from bondage! So many healings! So many HOLY SPIRIT Words landed inside HIS children.

This was a major success.

This was made possible by the prayers invested into this conference by the WeRemnant prayer warriors! Thank you for keeping the Watches of the LORD and covering us with 24-hour prayer as we ministered in Canada.

Click here to connect with us and stay updated with upcoming events, weekly devotionals, and more!