THE LIFE OF INTEGRITY 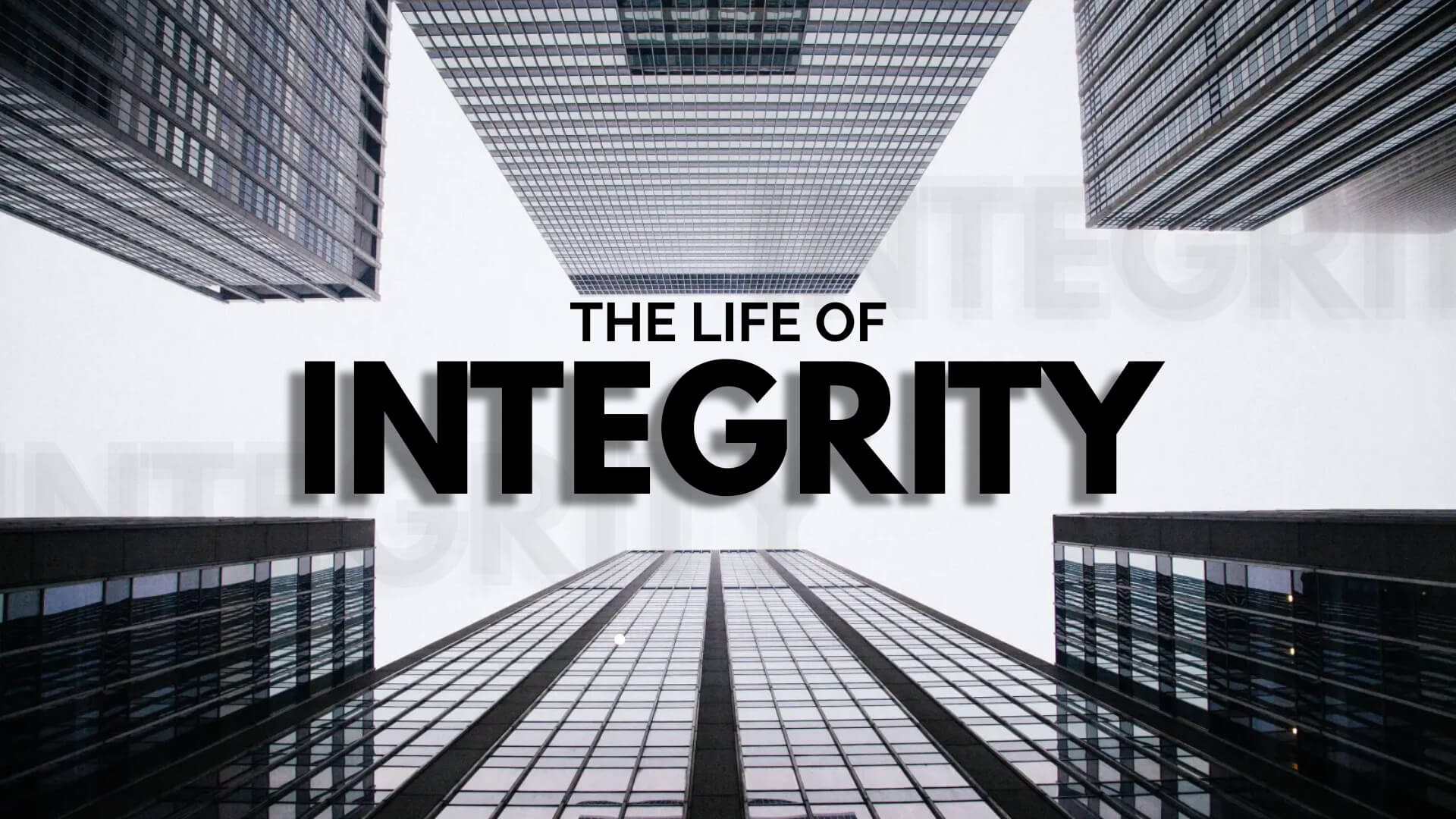 Integrity. Not a popular word these days, even in the church. According to the Merriam-Webster Dictionary, “integrity” has three components: incorruptibility, soundness, and completeness.

Let’s look at each of these a bit closer.

I asked the HOLY SPIRIT why HE would have me turn to secular sources for a discourse on integrity. HIS response was two-fold. First, to educate and inform those who are more intellectually minded. Second, to show HIS children that, if even the world knows the importance of integrity, how much more should those of us who belong to HIS family?

So often, we hear of a minister of the Gospel who has had a moral failure. But how many times do we look inward to consider whether or not we are exemplifying integrity in our daily lives and decisions?

Growing up in a pastor’s household, I would often hear my parents’ definition of integrity: being the same person behind the scenes when no one is watching that you are in front of everyone. All too often, church folk hide behind a mask. We place on a façade of religious morals, but then go around gossiping (both spreading and listening to gossip) …or yelling at our spouses as soon as we get in the car from church…or watch a video on our phone that is pornographic in nature…or cheat on financial numbers. And we have everyone fooled except GOD.

Let’s take this a step further. The WORD of GOD says to let our “yes” be “yes” and our “no,” “no.” Anything else is evil! Our integrity is displayed even in how careful we are in keeping our word. We are held to a higher standard than the world. Those in the five-fold ministry are held to an even higher standard. And the LORD is calling us back to a place of integrity.

While we are used to hearing about the lack of integrity in moral failures, we must represent our LORD even, and especially, in our everyday lives.

For example, our decisions. Is your “yes” truly “yes” or your “no, no” in the decisions that you make? Recently, a woman who is prophetic had an opportunity before her. She prayed and felt the HOLY SPIRIT leading her to take the opportunity. Others who are godly confirmed this decision, so she went ahead and said “yes.” However, after about a week, she began to back out, saying that the LORD was leading her a different direction. Is this integrity? The LORD does not change HIS mind. Either she did not obey when she initially said “yes,” or she disobeyed when she backed out. Either way, she was inconsistent and unreliable. About a month later, her true motives were exposed. Since prophets use their mouths to speak forth the Word of the LORD, there MUST be a foundational core built on integrity!!! For by our words we are justified, and by them we are condemned (Matthew 12:37).

What is the HOLY SPIRIT speaking to you about integrity? What area of your life has cracks in it, lacking the structural integrity needed to face the storms of life? What activity or feeling are you hiding behind closed doors?

Determine today to become a man or woman of integrity, doing the right thing, even when no one is watching.

‍*All Scriptures are in the New King James Version of the Bible, unless otherwise noted.