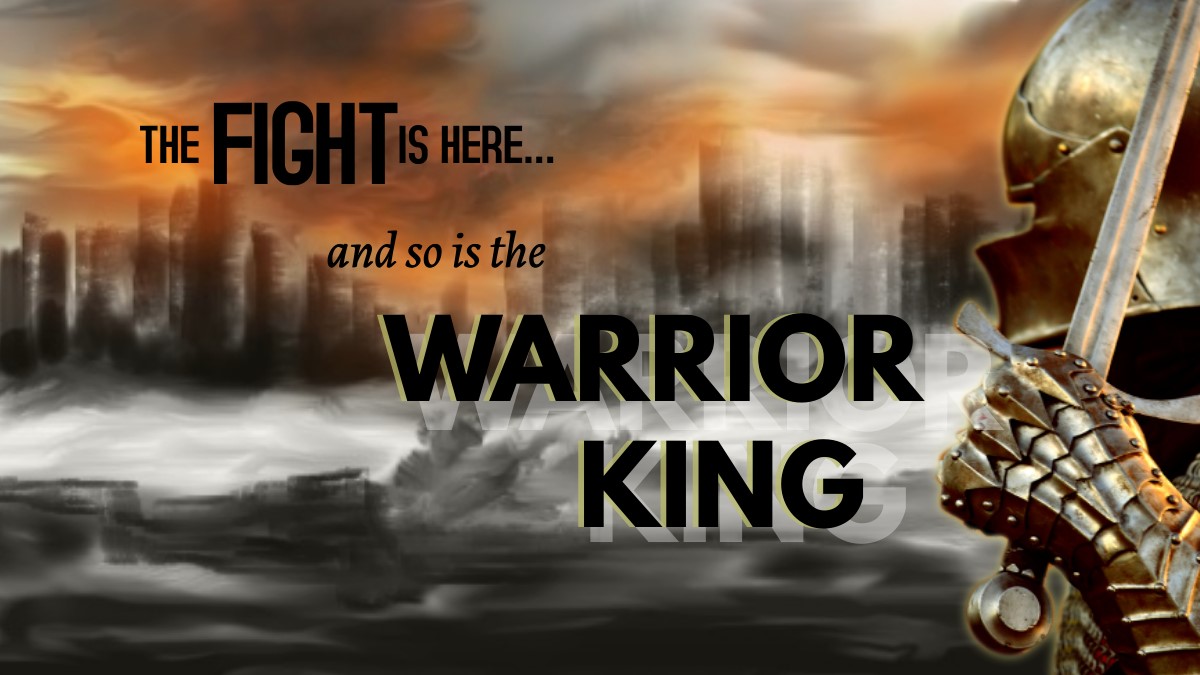 Many of us in the western Church were brainwashed over the years to think of JESUS as the loving Savior who loves everyone…specifically, cares for everyone regardless of their choices and actions. This unbalanced teaching has caused some to see HIM as a loving deity, a gigantic teddy bear, a genie of some sort that answers our prayers, forgives us when we make “mistakes” (with no consequences or accountability for those actions), and comforts us at night when we sleep, so that big bad devil does not get us.

No wonder children who grew up in the church are becoming teenagers and young adults who embrace witchcraft disguised as New Age. They buy the crystals sold in the makeup section of most department stores. Our children and young people think JESUS has no power.

Worse, they believe any power we as disciples of CHRIST have is for love, joy, peace, long-suffering, faithfulness. They didn’t read the rest of the GOD Book that shows us casting out devils, putting satan in his place, under our feet. Media portrays satan as the stronger one, who casts spells, causing people to “manifest” the curses placed on them.

If they only knew the Warrior KING, JESUS the CHRIST, who came to destroy the works of the devil (see 1 John 3:7-8).

“Now when they had gone through [a]the island to Paphos, they found a certain sorcerer, a false prophet, a Jew whose name was Bar-Jesus, 7 who was with the proconsul, Sergius Paulus, an intelligent man. This man called for Barnabas and Saul and sought to hear the word of God. 8 But Elymas the sorcerer (for so his name is translated) [b]withstood them, seeking to turn the proconsul away from the faith. 9 Then Saul, who also is called Paul, filled with the Holy Spirit, looked intently at him 10 and said, ‘O full of all deceit and all fraud, you son of the devil, you enemy of all righteousness, will you not cease perverting the straight ways of the Lord? 11 And now, indeed, the hand of the Lord is upon you, and you shall be blind, not seeing the sun for a time.’

“And immediately, a dark mist fell on him, and he went around seeking someone to lead him by the hand. 12 Then the proconsul believed, when he saw what had been done, being astonished at the teaching of the Lord.”
Acts 13:6-12

FATHER, SON, and HOLY SPIRIT love the world They created and the human beings They put on it. However, since we chose to commit treason (sin) and listen to satan in Genesis 3, human beings and creation joined a cosmic war – angels fighting satan and his demonic horde. There is nothing teddy-bearish about that. See Daniel 10:10-21, Matthew 11:12-15.

Yet some of us choose not to unleash the Power in the Name of JESUS CHRIST, the Commander of the Hosts (earth, elements, angels) of Heaven. We cower when witches, warlocks, and satanists show up. No more.

As Paul was going about telling the world about JESUS the CHRIST, human beings who had willfully aligned themselves with satan (the satanists, witches, warlocks, yogis, high priests of gods and goddesses, enlightened (wokes), New Age teachers, and all their spin offs) were trying to disrupt Paul’s mission.

What did Paul do? Filled with the HOLY SPIRIT, he commanded blindness on the opponents of the GOD News.

What was the result? Those who saw what happened believed on the LORD JESUS CHRIST. Victory in JESUS is attractive.

I remember back in 2012 when Chick-Fil-A’s president Dan Cathy went public to state his Biblical views on gay marriage, and the media ate him alive. Chick-Fil-A restaurants in certain states, airports and locations were threatened and even ordered to close.

But for the stores that were open, oh my JESUS, the lines where never longer! It was like GOD said, “I love a fight because I always win.” The lines would stop traffic in major areas.

Get into the fight, because it’s coming. We cannot hide from the fight. The world is coming for us. The demonic is coming for us in public. This is not a civil liberties issue; this is a spiritual fight to try to make the Ecclesia back down from the Truth of GOD.

Once we back down from Truth, we are powerless. That defeated foe, satan, knows that.

So when we are praying, don’t hesitate to pray the full WORD of GOD. Command blindness onto those people who willingly agree and teach blasphemy unto the Name of the LORD.

Remember the full WORD of the LORD:

“For God so loved the world that He gave His only begotten Son, that whoever believes in Him should not perish but have everlasting life. 17 For God did not send His Son into the world to condemn the world, but that the world through Him might be saved. 18 He who believes in Him is not condemned; but he who does not believe is condemned already, because he has not believed in the name of the only begotten Son of God.”
John 3:16-18

Partner with the Warrior KING in your prayers and actions.

The fight has come to our doorstep.

*All Scriptures are in the New King James Version of the Bible.