DREAMS, VISIONS, IMPRESSIONS: THE WATCHMAN’S TOOLS THAT SAVE LIVES 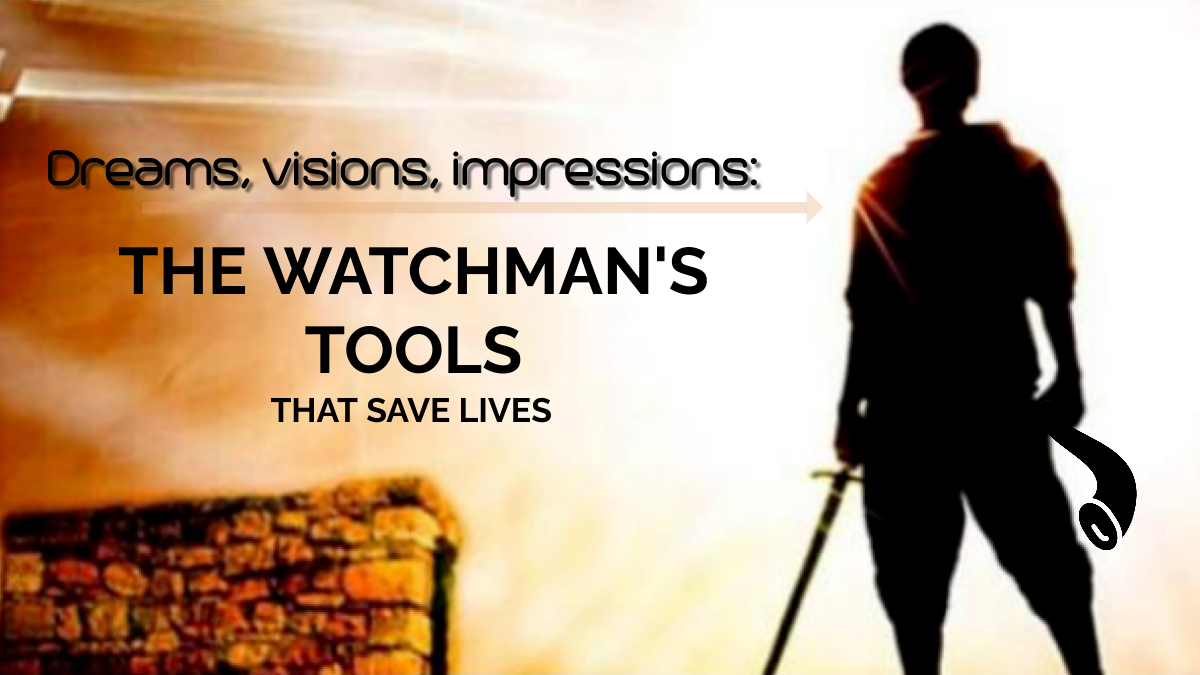 “Prepare the table, Set a watchman in the tower, Eat and drink. Arise, you princes, Anoint the shield! 6 For thus has the Lord said to me: ‘Go, set a watchman, Let him declare what he sees.’” Isaiah 21:5-6

I visited one of our Prayer Team members who had a series of strange recurring dreams over and over between January and early February before the Russia – Ukraine war.

In the dream, she saw in Russia (or some European country) and bombs were dropping. However, her entire family was under a dome of covering and the bombs did not land on them.

The dream then continued and she saw herself and her family standing in line to get out of the country. They were at the border. Though it was uncomfortable and cold, they were safe.

This sister does not live in Russia, has never visited the country or Ukraine, nor does she have relatives there.  The interpretation of this dream is obvious now. This was a revelation that war was coming, and GOD would save HIS remnant who were in harm’s way.

The question today is: Why did the LORD give her, a stranger to these world events, these recurring dreams?

Another member in our Prayer Team had a vision of secret deals, historical alliances being broken or side-stepped to make room for new ones…even to the point of seeing China and India supporting Russia, shunning the United States.

Yet again, this was shown months before it happened, to people who have no relationship to these nations at all, other than prayer.

The Hebrew Bible (Old Testament) and New Testament is full of examples of the LORD doing things that would not be popular domestic or foreign policy today.

“The Lord kills and makes alive; He brings down to the grave and brings up. The Lord makes poor and makes rich; He brings low and lifts up.” 1 Samuel 2:6-7

“For the wrath of God is revealed from heaven against all ungodliness and unrighteousness of men, who suppress the truth in unrighteousness, because what may be known of God is manifest in them, for God has shown it to them.” Romans 1:18-19

I challenge everyone to read the HOLY BIBLE and learn of this GOD we say we love, rather than building our lives on what other people have said about HIM.

Theology must be based on GOD HIMSELF and not our imaginations of HIM.

As for the role of the watchman:

The LORD speaks to us in visions, dreams, impressions, and so much more, and tells us what will happen before it happens. It is very biblically normal for those with the watchman call (known or unknown) on their lives to see in the HOLY SPIRIT before things occur.

Isaiah, Daniel, Jeremiah, and Ezekiel saw civil wars, captivity, torment, slavery, and redemption of nations, not just of Israel and Judah. This is the way it has been, the way it is now, and the way it will always be. Just imagine if the watchmen in Ukraine got all the CHRISTians out before the first bomb dropped…or at least warned the people to stock up, build bomb shelters, and prepare for the war.

The role of watchmen in the Body of CHRIST is much needed now. It saves lives. It sounds the alarm such that people can prepare for future events.

Would you ask the LORD today to open your eyes to see and ears to hear what the HOLY SPIRIT is saying and doing, such that you can warn the Body and save your family?

HE will use us if we are willing.