CLEANSING YOUR HOMES AND LANDS OF EVIL SPIRITS 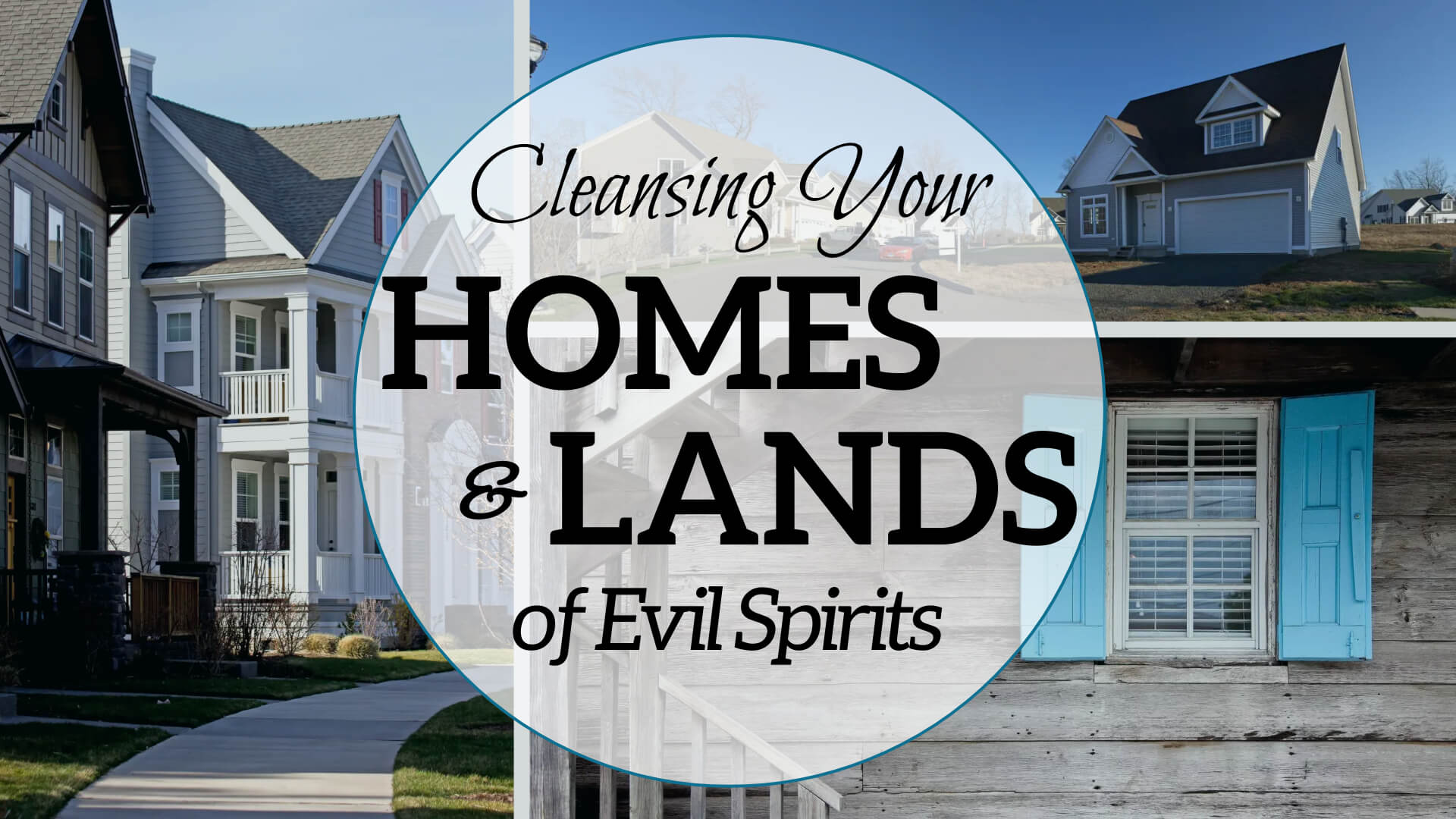 Warning: This blog post is long, but very important.

There are a few things we as human beings can never reproduce; one of them is land. There is no new land anywhere. The same land you and I are walking on today is the same land that our ancestors walked on hundreds and thousands of years ago.

The Bible also teaches us that there are evil spirits attached to territories, regions, and areas. Areas include lands and seas. Lands in this context is not limited to just the ground. It includes what is on the land or on the ground, meaning vegetation, animal life, communities, cultures, and peoples. See Daniel 10:13.

“But the prince of the kingdom of Persia withstood me twenty-one days; and behold, Michael, one of the chief princes, came to help me, for I had been left alone there with the kings of Persia.” ‭‭Daniel‬ ‭10‬:‭13‬ ‭NKJV‬‬‬‬‬‬‬‬

This is an angel talking to Daniel, telling him of the battle taking place in the spirit realm between YAHWEH’s angelic army and satanic forces known as territorial spirits (Ephesians 6:12) assigned to Persia, the location where Daniel was living. The goal of their fight was to prevent revelation regarding present and future events from getting to Daniel.

Even non-CHRISTians believe in evil spirits living in homes. They call them haunted houses, ghosts, or spirits of ancestors inhabiting places. Some who are deep in the worship of these spirits build shrines or temples to them, which are locations on the earth where these spirits can feel at home and welcomed. There are TV shows like Ghostbusters, Paranormal Activity, and so much more, depicting these truths for entertainment purposes.

So, the things discussed here should not be foreign to anyone, saved or unsaved.

Now let’s get down to the solution of how to cleanse your ground and remove evil spirits from your land.

As CHRISTians, we have the solution, JESUS CHRIST. The information in this blog applies only to those who have accepted JESUS as their LORD, not just SAVIOR. This means people who are living according to the will of GOD as described in the Bible. People who have faith in JESUS CHRIST.

The solution is what I like to call “prophetic actions.”

Prophetic actions are also known as: faith actions; obedience; prophetic symbols that GOD uses to send messages; weird things the LORD says to do to connect your faith with HIS WORD so that HIS Power can be released in the physical, in JESUS’ Name. They include prophetic words and prophetic songs.

What Is a Prophetic Word (“Word of Knowledge” or a “Word of Wisdom”)?

“Worship God! For the testimony of Jesus is the spirit of prophecy.” Revelation 19:10b

-Foretells: Tells what will happen in the future.

-Forth tells: Testifies of what GOD is doing now, speaking GOD’s WORD under the inspiration of the HOLY SPIRIT. For example, you speak to situations and command them to change in JESUS’ Name.

What Is a Prophetic Song?

-Miriam the prophetess, the sister of Aaron and Moses, sang a prophetic song.

“Then Miriam the prophetess, the sister of Aaron, took the timbrel in her hand;

and all the women went out after her with timbrels and with dances.

21 And Miriam answered them: ‘Sing to the Lord, For He has triumphed gloriously!

-David – the Psalms are prophetic songs.

Next week we will discuss prophetic actions and symbols, and what to do to clean your house and land.

*All Scriptures are in the New King James Version (NKJV) of the Bible, unless otherwise noted.