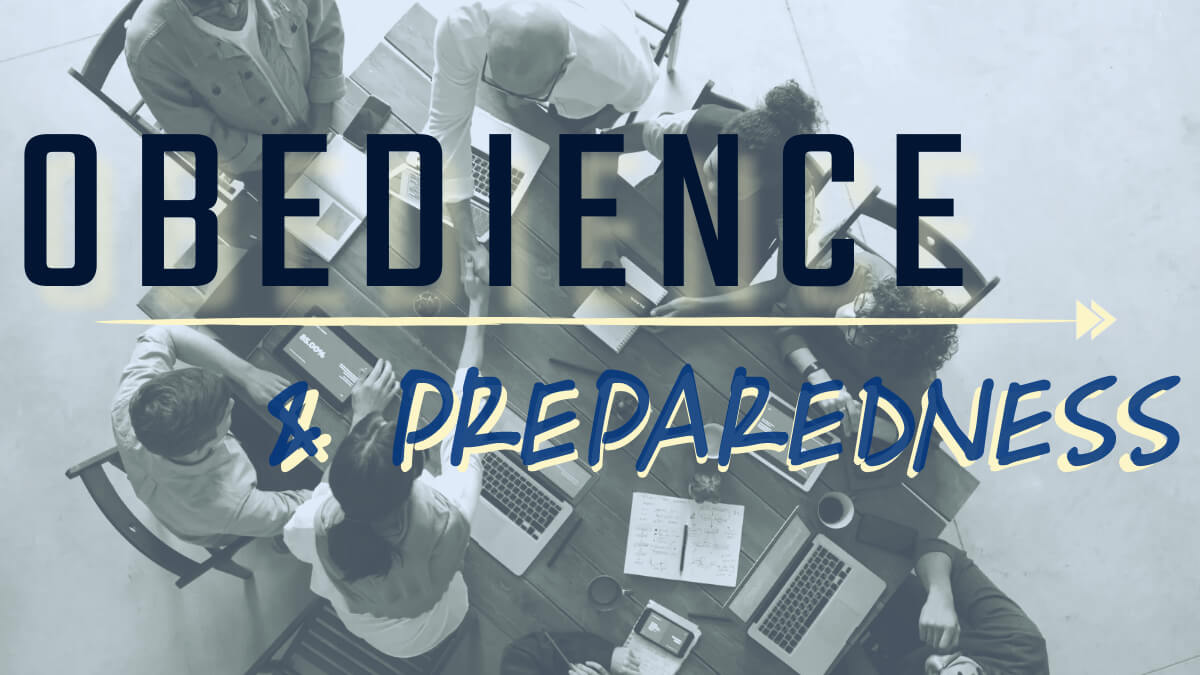 “So Samuel said: ‘Has the Lord as great delight in burnt offerings and sacrifices, As in obeying the voice of the Lord? Behold, to obey is better than sacrifice, And to heed than the fat of rams. 23 For rebellion is as the sin of witchcraft, And stubbornness is as iniquity and idolatry. Because you have rejected the word ofthe Lord, He also has rejected you from being king.’ ”1 Samuel 15:22-23

I was asked to write a blog a month ago. My first inclination, as it is to most things, was to say, “No.” So I said, “No.” I gave all the typical excuses. Yesterday and today, the same verses came to me: Samuel speaking with Saul after Saul partially obeyed (aka disobeyed) GOD. Then this morning, the story of Gideon came vividly to my heart…the story of how GOD used only 300 people to save the entire nation of Israel.

This is the instruction that GOD gave Saul:

“Now go and attack Amalek, and utterly destroy all that they have, and do not spare them. But kill both man and woman, infant and nursing child, oxand sheep, camel and donkey.” 1 Samuel 15:3

This is what Saul did:

“But Saul and the people spared Agag and the best of the sheep, the oxen, the fatlings, the lambs, and all that was good, and were unwilling to utterly destroy them. But everything despised and worthless, that they utterly destroyed. ” 1 Samuel 15:9

This was GOD’s response:

“So Samuel said: ‘Has the Lord as great delight in burnt offerings and sacrifices, As in obeying the voice of the Lord? Behold, to obey is better than sacrifice, And to heed than the fat of rams. 23 For rebellion is as the sin of witchcraft, And stubbornness is as iniquity and idolatry. Because you have rejected the word of the Lord, He also has rejected you from being king.’ ” 1 Samuel 15:22-23

May GOD not reject us, HIS chosen. Saul blamed the children of Israel for his disobedience. He did not take responsibility for what GOD told him to do and so he lost his position of kingship before GOD.

Gideon had a similar story. While he was small in his own eyes, GOD chose him to lead the people to battle against those who were oppressing GOD’s people. In his case, he half-heartedly worshipped GOD before the angel appeared to him, and he tested GOD multiple times (an unwilling participant). Most of us are this way because we are afraid, because of the comfort of sitting on the fence – having a form of godliness but denying (not willing to accept) the power there of.

Though Gideon initially obeyed, he followed GOD’s instructions at night where no one would see him destroy the idols and build a proper altar to GOD. After Gideon accepted, GOD had to prune his companions so that they did not sin by ascribing greatness to themselves instead of ascribing it to GOD. There was a readiness in the 300 men that GOD chose to go with Gideon into battle.

It is the same for us – GOD prunes us for HIS use, and if we listen to HIS Voice, HE places us in the midst of those HE has equipped and is equipping to walk alongside us to bring about HIS good. To our eyes, they may not look or sound right all the time. GOD, however, knows that there is something in them that we need and something in us that they need.

Not only were Gideon’s small army of 300 able to carry their own burden, but they also carried those of the soldiers that were sent away – those that were not ready for the MASTER’s use. GOD brought about HIS victory because of Gideon’s obedience; upon his obedience, GOD had a people prepared whose revelation was based on obedience in order for victory to be sure (see Judges 6 and 7).

My prayer for myself and all of us is that we obey the first time, and then we remain a people prepared for GOD’s use so that we are placed in this army GOD is getting prepared!!